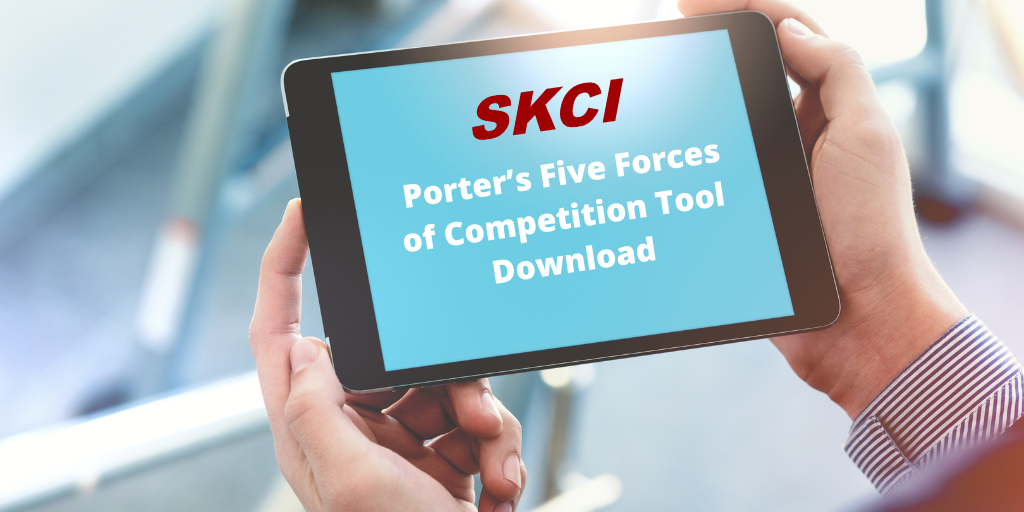 Professor Michael Porter first published his theory on the five forces of competition in his own work ‘Competitive Strategy: Techniques for Analysing Industries and Competitors’ in 1980.

His model highlights five external forces which affect the success and failure of strategy. It is a useful tool for bringing strategy out of an internal context and into the real world.

The five forces consist of the actions of suppliers, buyers, existing competition, new entrants to the market and substitutes.

When To Use Porter’s Five Forces of Competition

Porter’s Five Forces of Competition can be used at any stage throughout the development of your strategy. However, it is most commonly used near the start of the process to establish the external factors that influence your organisation.

Once you know how the five forces impact your organisation, you will have a much clearer idea of the direction you want to move in.

While you progress through strategy planning, it may be useful to return to your version of Porter’s Five Forces of Competition. This is to remind yourself of the factors you deemed important, and to monitor how the external pressures are changing.

As the forces change it may be useful to reassess your decisions and make sure you are on the right path.

How To Use Porter’s Five Forces of Competition

This model is incredibly easy to use and simply requires your gut feeling about how much the forces impact your organisation.

The five forces are:

Look at the model and place a + or – symbol next to each force to demonstrate whether their influence is increasing or decreasing. Now support these gut feelings with examples so that you can see exactly how external forces are impacting your business.

Now think deeper about how the forces are working against your business, here are some questions that may help:

Now let’s see how NewTechNow, an imaginary technology company with a B2B product that includes both software and hardware is impacted by external forces. 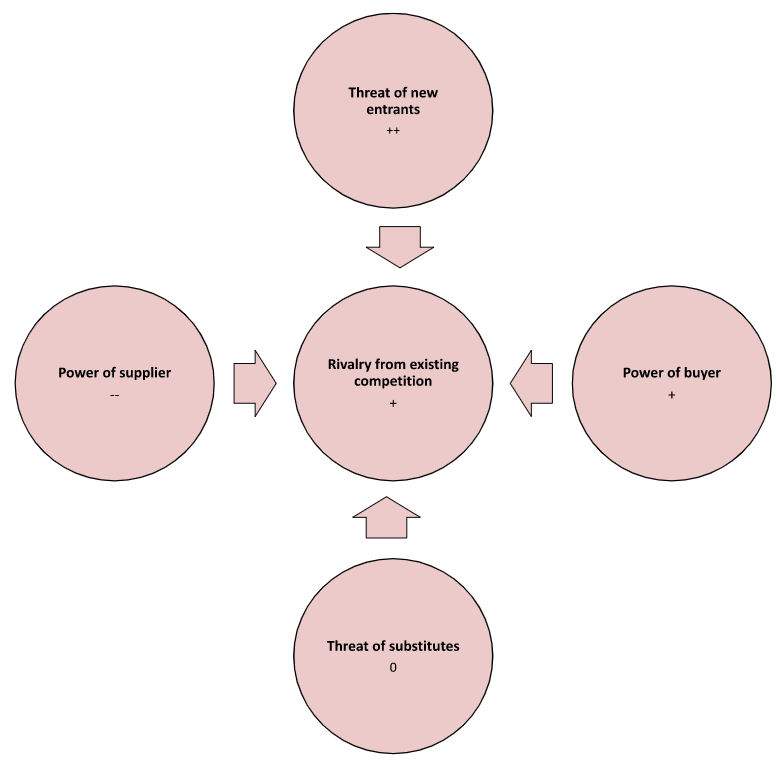 The main concern for NewTechNow is the possibility of new entrants. While the company has differentiated itself with unique products, they haven’t fully protected their intellectual property and aren’t growing fast enough to define the market in which it operates.

Also, the power of the buyer is growing as the market increases and they are no longer the only option. They could turn this into a strength by ensuring that the features of their product mark them as the default option. For example: being Carbon Neutral or offering other industry leading sustainable options.

Also, by improving their customer service they can ensure that buyers want to maintain the relationship.

For the moment they do not need to worry about the power of the supplier. There are plenty of suppliers in their industry and do not need to rely on one company in order to be successful, therefore their costs remain low.

How Does This Fit Into The 5KQ Strategy Framework?

SKCI’s unique 5 Key Question (5KQ) strategy framework gives our clients an effective way of managing strategy development. Porter’s Five Forces of Competition can be used at any point in the process but is particularly useful in question one, ‘Where are we now?’. This question cannot be answered without successfully evaluating the external forces affecting an organisation and reflecting on how they can be used to the company’s benefit.

Additional Strategy resources, including blank worksheets in PowerPoint and Word format, are available from the SKCI website: www.skcinv.com/business-strategy-resources